The Making of "Jack and the Beanstalk" Marionette Show

At Black Cherry Puppet Theater, a few of us are working on a new marionette show for our original family shows repertoire. We're adapting it from the rod puppet show "Jack and the Beanstalk" created by our puppeteers Justin Durel and Jennifer Strunge for the 2010 Free Fall Festival. It was a huge success, and featured live banjo music by J Dilisio. 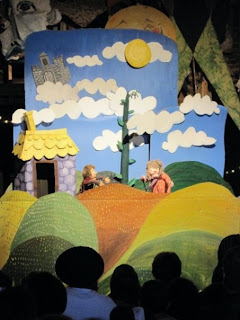 I've been charged with the task of creating a chicken that lays a golden egg.
Lucky for me, Michael had this schematic on the technical design of how the mechanism would work: 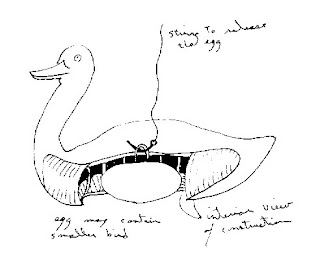 I guess the drawing was a little less technical than he remembered. I had a similar issue when I went to look for the original chicken from the rod puppet show.
After acquiring the cardboard puppet used in the first show and the crow from Hansel and Gretel (one of our other shows), I went to work on our little chicken. 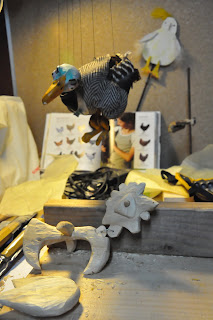 I decided to copy some of the joints from the crow because I like it's neck movement. Here is the armature for the chicken with a hallow cavity for the egg to come out: 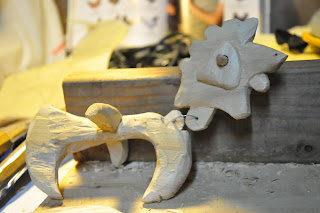 August 6, 2011: I finished forming the hallow body w/egg cavity from paper mache, so it covers the body armature photographed above. After some sanding, I attached those wings that I carved and voilà! 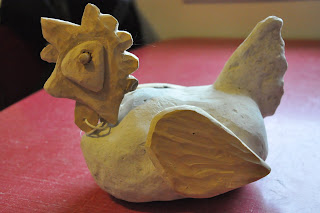 I began working on some little chicken claws: 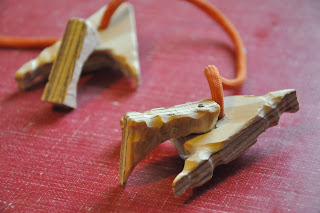 And below is the control, specially designed so the chicken can bob it's head and flap it's wings erratically. 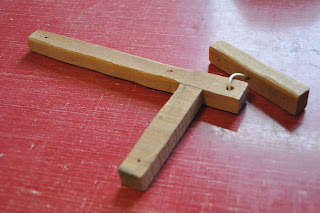 August 27th, 2011:
I finished working on the feet and painted the chicken after resolving some issues with the wings getting twisted. I still need to decide on the textile covering for the body and wings. 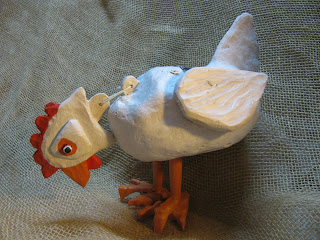 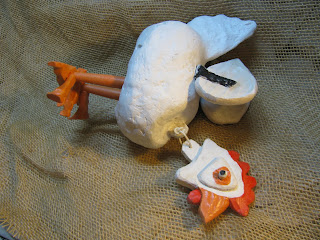 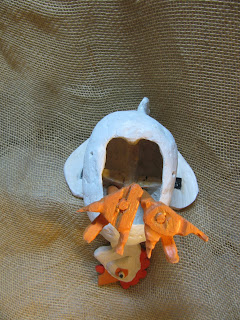 My next step will be figuring out how to make the egg and release mechanism for the chicken to lay the golden egg. After that will be stringing it. I'm almost done!
Posted by Lisa Krause at 4:08 PM No comments:

I made my own bench hook the other day and I'm pretty proud. 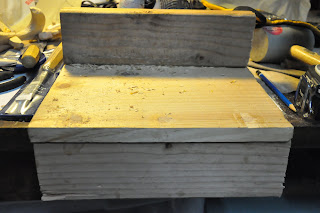 After my marionette carving workshop in Prague, I bought some chisels. So now with my bench hook, I don't have any excuse not to begin working with whatever scrap wood I can find! 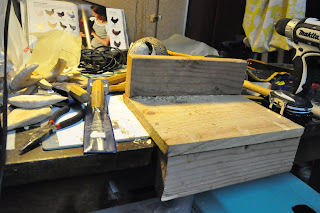 Posted by Lisa Krause at 3:40 PM No comments:

Over the first weekend of July, Eamon and I went to a farm in Ohio and learned to build with straw. 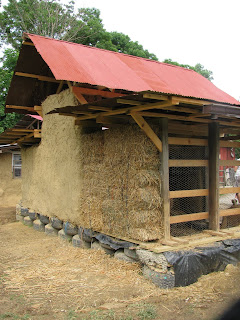 We helped build a simple shed for the llamas and goats on the farm. 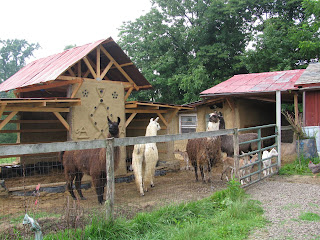 The foundation is made from old tires rammed with earth. Each tire is pounded by hand using sledgehammers and shovel loads of dirt. They are then leveled. 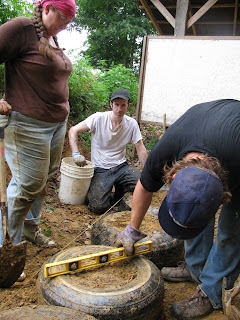 
Walls are a wood frame with chicken wire and rebar to pierce the first level of straw bales- additional levels are pierced with saplings. It is all girdled together with additional saplings tied to the structure through the strawbales- to cinch it into place. Layers of clay/straw/water mix are applied to the walls. 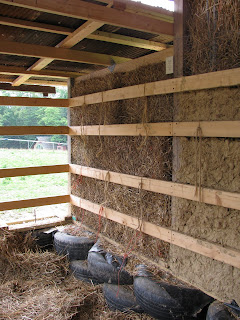 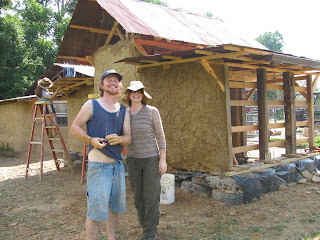 The walls are scratched between layers, and a final mix of clay/water/shredded straw this time, and addition of a high % of sand content. The final coat is a lime wash (not photographed).

If this is compelling to you, and you would like to learn more- I can recommend that you look on some natural building message boards to find some projects happening in your area. Like this one in Chicago, or this one in Philadelphia. Or go to the Earthship Website to find the closest project in your area where you can volunteer.

I will tell you that the place we went had some wonderfully inspiring workshop participants, but the people that ran the farm were quite obnoxious. I would think that people on messageboards would be way more appreciative of the help that you could provide than those two shifty tycoons.

But on a positive note, we finally got to see a real live Earthship! 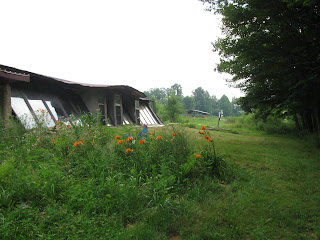 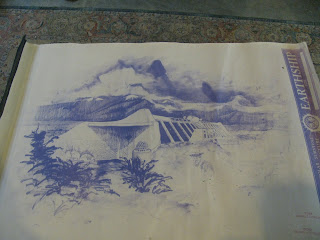 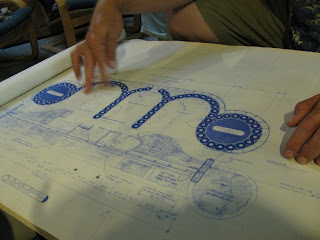 Eamon has been researching natural building techniques over the past few years- in addition to working on his next book while rehabbing houses. Through this research, we both have become very excited about the work of Michael Reynolds in pioneering a style of housing that is an entire ecosystem- collecting rainwater, generating solar power, and a grey water filtration system that includes a food producing greenhouse. Featuring earthen construction, recycled materials, and beautiful glass bottle walls; all sitting on a foundation of rammed earth tires and built into the side of a hill.

They are so incredible...

That weekend, we learned that we totally loved the process of building with natural, nontoxic materials and that we both felt so comfortable inside the Earthship, despite strange energy.


All in all, we had a pretty good time...right, Eamon? 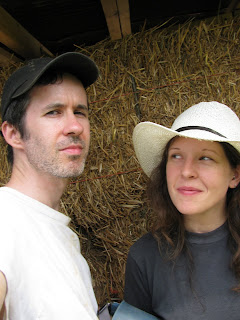 Posted by Lisa Krause at 1:05 PM No comments: