What are we going to do with all the bodies? 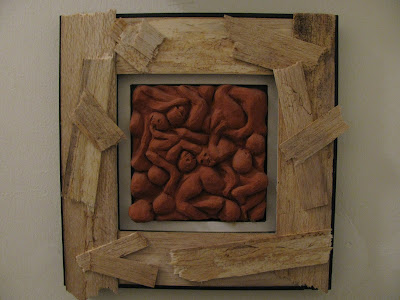 I happened to be on the shore of the Atlantic Ocean when Hurricane Katrina made landfall. It was my first experience of a hurricane. Within days it destroyed the poorest area of New Orleans and exposed the world to the persisting race and class divide, unspeakable poverty, neglect, and violence in America. I will never forget seeing photographs dead bodies that were left behind in the streets or strapped to telephone poles by officials as the water retreated.

It made me think of all of the things that elected officials are putting off repairing, much like the levee that broke- year to year. And about how the poorest people are the ones that live in the most dangerous places in these cities, because those with money can move to safety. In the coming years and coming natural disasters and lack of revenue- more structural problems will come to light, just as a roof will cave when leaks aren't repaired.

It just makes you wonder, what are those things that our local governments are putting off repairing till the next years agenda? And what are we going to do with all the bodies?
Posted by Lisa Krause at 6:50 PM