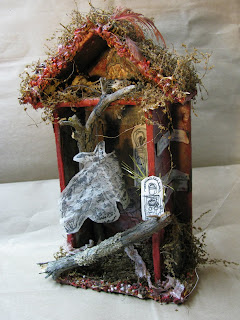 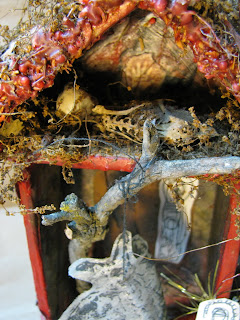 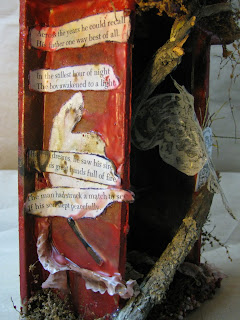 Recently, I was walking some dogs in the woods that are near the neighborhood where I first lived when I moved to Baltimore. I suddenly remembered the last time I went there.
It was 2008, I was led by two little boys that I knew from the art program that I was teaching that summer in the neighborhood. One was nearly mute when I met him. At the point we were at that day- he was the bold leader while his older cousin was scared and decided to meet up with us later. I walked into the woods with the then 8 year-old boy, listening to him talk about his father.
He led me through the woods for quite a while to the spot where his father's body was dumped after he was shot earlier that year. His father was 3 years younger than me. His body was severely decomposed and had to be DNA tested to determine his identity. This was a huge confusing concept for the boys. They'd grown obsessed with watching the dead rats in the neighborhood rot away in the alleys. I assume it functioned as part of a folk-science that happens in childhood, when you need an explanation for abstract or terrifying things. They asked me many questions that summer, and their voices still haunt me sometimes.
I also remembered that the boy's father's body was found by a man walking dogs, and it reminded me that I am not so safe in the woods here. I remember that day and how much fun I had with those boys after we left the site- climbing trees, hiking around, and throwing rocks in the stream. I remember how one of the boys asked me if I was remembering my childhood, and how hard I hoped that day that they were forgetting their adulthood.
At the end of that summer I did an installation about what it was like to be with them in those months. It was my first shrine and I called it Prayer for Innocence. I no longer have it, but I guess being back in the woods in that area brought all the memories back to me clearly. I needed to put them somewhere so I made this one.
I've seen the little boy a few times in passing over the years since moving away, and he's gradually forgotten me. His stare is cold, and his look is hard. I am scared for him.
Posted by Lisa Krause at 3:31 PM