Seattle: SONGS OF THE ABYSS tour

Out of the wild and into the city.

We arrived in Seattle in the early afternoon.  It was a sunny day and many people were out.  We headed straight to Pike Place Market to get salmon jerky from the fishmongers that throw fish around.

We found a bench facing the water and split a vegan Indian dish while a man busked behind us.  It was good to be back in Seattle, however it was jarring to be in a city.  It was funny to think that earlier that morning we had been drinking coffee by a campfire in the desert.
Now it was back in the beehive.


We got to Richard Hugo House plenty early and set up.  Kelly, Eroyn, and Janice from Short Run did a great job promoting the event.  It was listed in the Seattle Stranger and a large crowd of people showed up.

After the performance there was a rush to pack, during which the marionette fell and broke!  No time to worry about that now.  Lisa packed him up gently and he would have to be attended to in Portland. 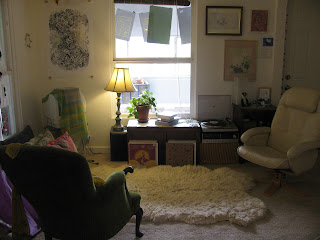 We spent the night at Jason Miles and Lucy's house.  Jason is a force of nature on a soulful and artistic mission.  He showed us a couple of his projects and explained his process. 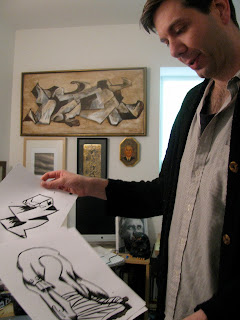 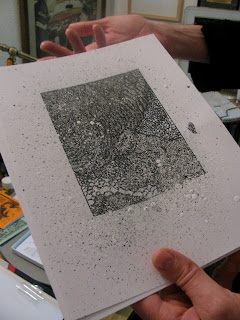 His work is sometimes like looking at nature.  You can't always understand it in a literal way but you do understand it in an emotional way.  He has a real meditative practice, often working in the very early hours of the day.


We hope to get to know her better as she also was super cool, but we didn't get much of a chance to talk since she was sleeping when we arrived and had to go to work early in the morning.

We left Seattle and got to Portland around 2pm to load our show into the Hollywood Theater for GRIDLORDS 12 on Saturday.