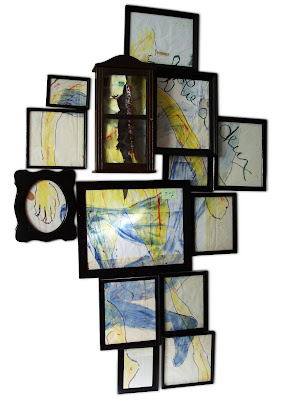 A variety of papers were attached to each other creating a large enough surface for me to trace myself lying with myself. The sheets were then cut and framed in separate frames. The abdomen of the yellow figure was gutted and framed in the box from a grandfather clock. It contains mixed media; including dead bees, medication, and a paper angel inscribed with the words “Prey for us”. The title is a psychological condition in which the otherwise sane companion to someone who has a disorder begins exhibiting signs of the disorder. By the mouth of the yellow figure, is an attached clipping. A line from a song found in a 1970s music magazine reading: “Now that you’re on your own, how does it feel to feel the way I used to feel.” 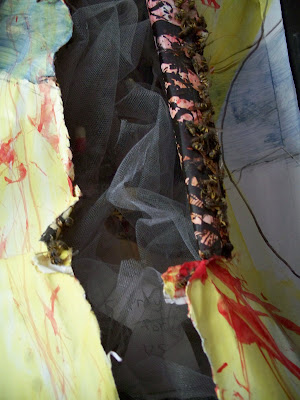