The line on the ground 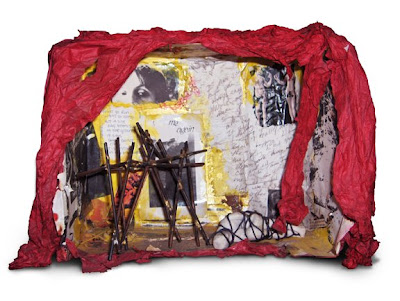 
This was an early box I made inspired by the letter in the background, which I had found in a gutter. It was wet and the words were running, but it was an apology for a fight and for hitting the person that it was for. I braised rods to make a fence, and modeled the little character that is tied up on the floor. The title was a line from the short poem I wrote that is in the background and there are some photos I had taken incorporated into the piece.
Posted by Lisa Krause at 1:22 PM