Columbus to Detroit to Chicago: SONGS OF THE ABYSS Tour

Eamon here...thought I'd post over here since my blog is a ghost town that even I abandoned.

I got comfortable in Columbus on Monday. At the end I was feeling like I could sit on the porch with these two for a long time. 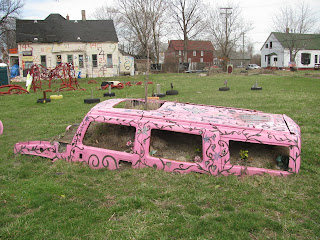 We left for Detroit on Tuesday. Before the show we checked out the Heidelberg Project. 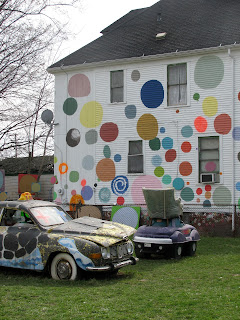 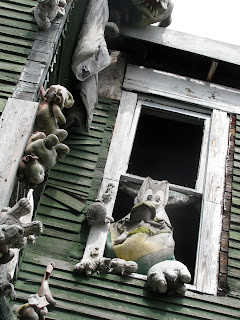 It was inspiring to walk around and see how an environment had been transformed using discarded items. I especially liked the rotten animals. I made friends with this rabbit. 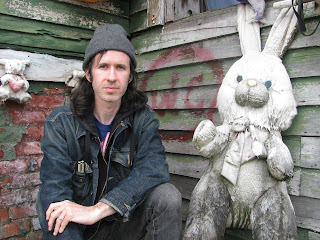 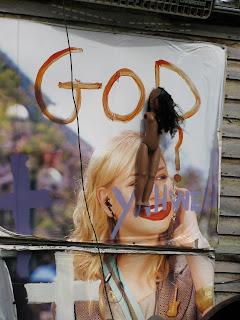 Trumbullplex is anarchist collective that’s been around for 20 years. Lisa played a show there with her noise band back in 2003. As soon as we arrived we were greeted by an awesome dog named Clark, but unfortunately we didn’t get a picture of her. 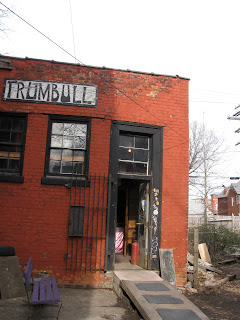 Afterwards we went to Mark Rudolph’s place. We got to see his studio and various awesome projects he’s worked on. Mark does a lot of art for metal bands and metal magazines. His comics are also metal.

We ate breakfast together the next day and he took us Hamtramck Disneyland. 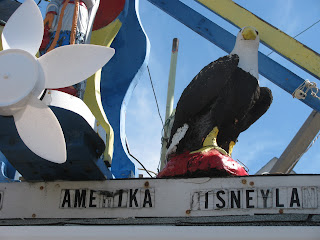 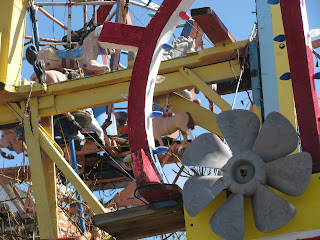 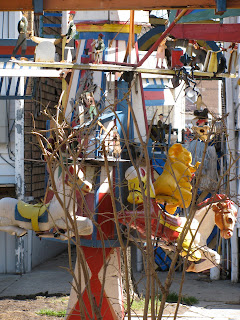 On the way to Chicago, dark clouds started appearing. 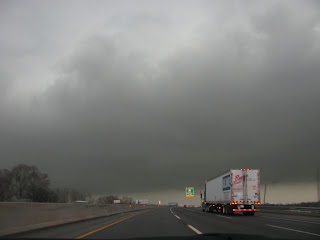 And then it got bad. 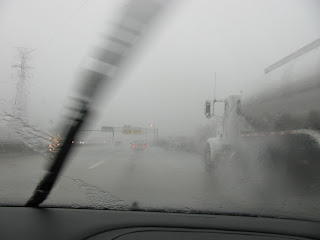 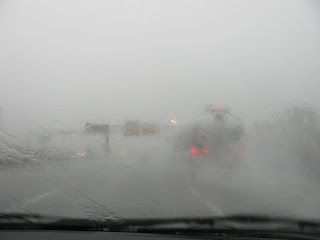 Not what you want to see when you're traveling with a cardboard puppet show. 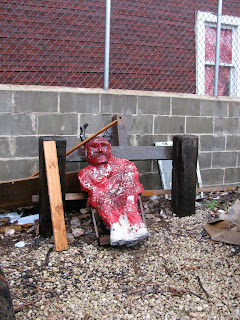 We made it though and were greeted by this fellow outside of Roxaboxen Exhibitions.

The show went well and Wume played great. Thank you Rhonda. Afterwards we packed up in the rain. We did a good job considering it was dark, wet and Lisa and I were both beat. We sat in the car in the parking lot and split a leftover omelet from breakfast. It tasted better than expected. Then we headed to meet good friends Brittany and Matt in a bar that had a fireplace. Brittany aesthetic assessment of the place was “masculine Marie Antoinette” which was right on. When we got back to their apartment we passed out in Lord’s room.


Next we'll be heading to Minneapolis!