Minneapolis to North Dakota SONGS OF THE ABYSS Tour 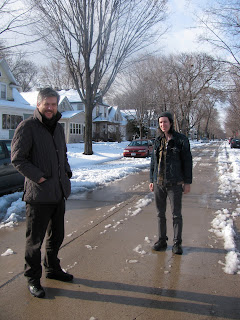 On the way to Minneapolis we got word from Tom Kacynski they had gotten 10 inches of snow the night before. It was late in the season for even Minneapolis to get so much snow. Luckily the sun was very bright as evident in this picture so the streets were fine. 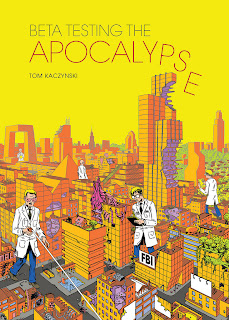 We both have always really liked Minneapolis. And we especially like hanging out with Tom and Nikki. Nikki is a projectionist and has read more books than any person on the planet. Actually she’s probably read more books than every person on the planet combined. Their house is a fantastic library and has become even more so now that Tom’s publishing house Uncivilized Books has taken off. Cool books are everywhere. Finally got a copy of Tom’s Beta Testing the Apocalypse which I am looking forward to reading.
Tom’s comics are unlike anything else. They are philosophical essays in comic form dealing with the repercussions of technological advancement and the consequences societies face under both Socialist and Capitalist governments.

Our performance was the next day at Moon Palace Books. 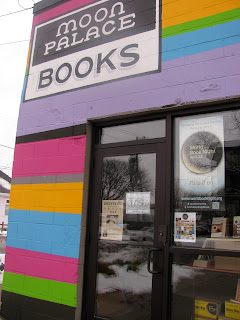 When we made the show it was assumed that we would perform in comic or book stores. However the size shut that down. It’s kind of worked out nice though because we have been able to perform in a variety of spaces. Anyway we were excited to have our first bookstore event.

Within 10 seconds of our show a child started crying. Parents beware! We are vultures! Preying on your children with our evil puppet show!! …just kidding. Turns out it was Zak Sally’s daughter. We felt bad that she got scared and disappointed Zak didn’t get to see the show. Sorry Flossie!

The show went on and we brought some heavy weirdness to an otherwise very bright place. My cousin, Christina, came so there was another Espey in the house.

Thanks to Angela at Moon Palace for hosting us! 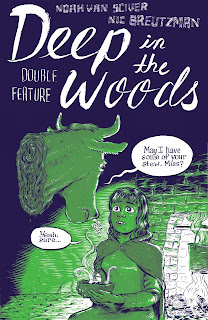 Afterwards Nicholas Breutzman’s little guy Drake got a behind the scenes look and had marionette 101 class with Lisa. I got a copy of Nic’s fancy new newspaper comic split with Noah Van Sciver. Nic is one of the few friends I made at SVA. His draftsmanship is killer and his stories always push the limit.

The next day we left knowing we be spending a lot of the time in the car. We drove through most of North Dakota.

At the end of the day we made it to our destination: Medora, North Dakota. 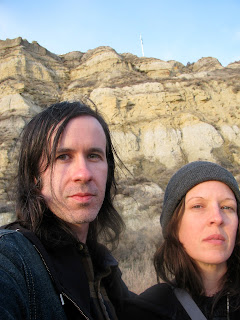 In the morning we wanted to walk around. Unfortunately due to the weather many of the roads were closed. Probably for the best because we were not prepared for winter and it was pretty cold. We still got to see some buffalo, prairie dogs and more beautiful landscapes than we could take photos of. 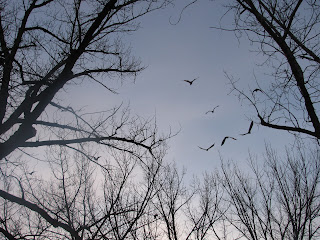 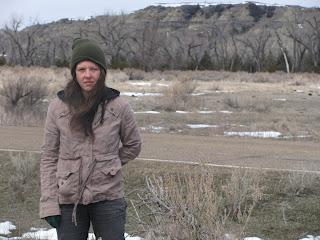 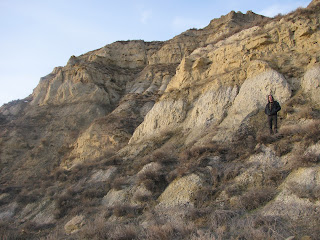 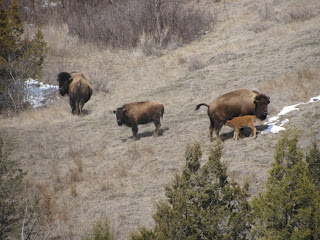 The only grim aspect to North Dakota was heavy presence of Fracking.  Seeing all these machines violently plunging into the ground really makes you feel like a heel and think hard about driving a gas powered car. 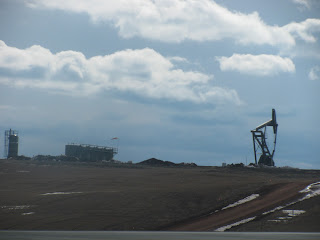 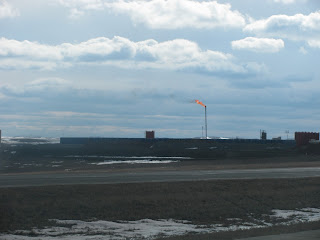 It was disturbing to see the pumps with their raping motion just outside one of this country’s first conservation efforts, Theodore Roosevelt National Park.  We continued in silence, counting pumps and Fracking towers-while Earth provided an appropriately atmospheric doom soundtrack. 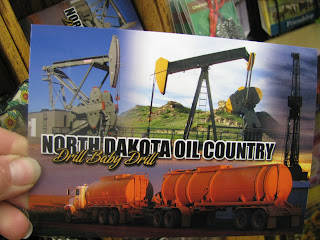 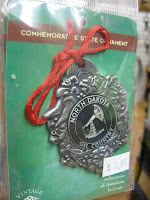 These postcards and ornaments in a convenience store near the National Park were also really bizarre and unsettling.

Thursday is Seattle (FB event), and then Portland (FB event) for Stumptown this weekend!